A fantastic story from the Talyllyn Railway, which was the first steam line that we ever took young Chris on. The Church Times is reporting how the line will be providing all 14 stations of the cross on Good Friday.

If we could be at Tywyn on Good Friday we would be, because added to the beautiful scenery, a moving service (pun originally unintended) and steam trains, is the fact that Right Revd Andy John (new Bishop of Bangor) was curate at St.Mike’s in Aberystwyth when Graham was working there as a Student Pastoral Assistant!

Railway of the Cross planned

Blogged with the Flock Browser

I’ve just read this and found it links quite closely to some thoughts I’ve been having in regard to my placement parish and themes of ‘change’ and the ‘Kingdom of God’. I suspect it might be a useful reflection when it comes to writing up my theological reflection at the end of my placement, which is now only just over a fortnight away (Easter morning).

a blog by howard jameson @ gatheringgrace.org: Lent no 22 – trees

This Sunday is Passion Sunday, and I will be preaching in my placement what is possibly my last assessed preach of training. It will be on the Gospel passage of John 12:20-33 and I’m trying to concentrate on the day (which we don’t really mark in my home parish) being a pivot point in our Lenten focus, and on the words ‘glorify’ and ‘serve’. I did a lot of work on it yesterday, but it hasn’t really gelled yet.

I’m also worried about how the congregation will cope: I can tailor my subject matter and language to suit what they are used to and where they are coming from, but I think my natural preaching style is quite challenging and very different to my conversational style, so I think they may be in for a bit of a shock. However their incumbent seems very relaxed about this!

Blogged with the Flock Browser

Yesterday was the key day when Claranet changed the IPS tag and Zen did whatever cleverness they needed to make what I’d just started with them point at www.muwinchester.org.uk

Yesterday evening, with the added benefits of two lovely waffles and the usual pint of tea, Alec and I spent a happy evening with far two many computers and screens making nice things happen to the screen layout courtesy of a great flexible theme we downloaded from WordPress: called “Atahualpa”

Alec working on his Linuz system, and his giant screen, certainly made things happen a lot fast than I could, as I had singularly failed to realise that the themes directory was in the file manager of cpanel. This probably proves that I am no geek, and that I had been working on it far too late in the evening on Thursday night.

Today, after a mornings gardening, I fiddled with the set up of Atahualpa a little further and got to grips with the first few pages. Extending this basic information to cover the full breadth of what we get up to across the Diocese is going to take me a while though!

Thursday is Trustees meeting, so I am glad that I will have some time between now and then to complete some more of this so I can ‘go public’ to them and then the rest of members at the end of the month. However, the prize for being the first to notice the website has changed without being told, and e-mail me to say so, goes to May: not a lot gets past her! I did tell our administrator Viv that it had gone live, partly because I needed some security info off her to make it happen, and she’s the one who’ll be expected to check up that I’ve got my facts right. In the fullness of time I want make her a co-editor, but not till things have got a bit further.

It probably won’t surprise you that I haven’t done a lot of the reading I need to do for my placement, but with this to get going, theology has had to take a back seat for a while, and possibly will continue to do so until after Trustees next week.

Off to show my husband daft YouTube videos Alec introduced me to whilst we drank tea last night, and just in case you haven’t seen them already, try…

From skype with Alec, to load a theme into the Mothers’ Union blog:

control panel at Zen
you are looking for a directory called “wp”
subdirectories wp-content/themes, or similar
the zipfile content needs to be unpacked and put in there.
there may be many ways of achieving that

Two things happened yesterday which involved me simply not knowing enough to have avoided the problem.

Firstly, a call from my son Chris’s school explained that the reason I had not had an invoice for his Grade 3 Oboe exam anticipated in the next 3 weeks, was because an administrative error meant he hadn’t been entered! If I had know that not receiving an invoice well before half term indicated there was a problem, I could have created the appropriate waves to rectify it before it was too late. Instead, Chris is a bit deflated, though he took the news quite calmly, and will move straight to Grade 4, hoping to take it by the end of the year.

I give the Head of Music her due, she was incredibly apologetic and worried about demotivating Chris, and very grateful I didn’t throw a wobbly – she wants to meet me because she thinks I’m incredibly calm and understanding. Not a picture of myself I normally see in the mirror – and perhaps down to the fact she phoned me on the mobile when I was walking the dog, probably the calmest part of my day!

More frustratingly my lack of technical knowledge led last night to the discovery that there is a difference between storing and hosting a website, so I need to get Mothers’ Union to spend a little more money with Zen to make the porting of the Diocesan website happen. It explained why the nice man at Zen was a little confused when I ordered the cPanel Bronze! It is though still only £5 more than Claranet, with far better facilities – the wordpress stuff is all there and the control panel appears to be easy for the numpty like me to use.

The biggest dent is probably to my pride, as asking for more money will show I didn’t know as much about what I was doing as I gave the impression of to people who know less than me. This mornings reply from the MU Treasurer to my rather embarassed email last night, is encouraging though… so more news soon hopefully.

In the mean time, Alec got me organised last night so I can start writing the new pages before they ‘go live’, so that will be a good way to spend an afternoon and evening. It’s rather nice thanking God (literally) for the friendship and expertise of one of my favourite atheists, but I really do 🙂

So, as I dash off to morning service in my placement parish, what have I learnt – that pride goes before a fall? I knew that already and it’s probably more frustration that I don’t understand things. And yet, none of us understand everything, especially not things of God. If we understood everything about him, and how we relate and work with him, there would be no need for faith, and isn’t developing understanding (whether of technical matters or spiritual ones) the exciting thing that makes our journey through life such an adventure, if not always a joy?!

Just done something I’ve been meaning to do since I started this: create a page relating to how so much of my life, including this blog, has come out of my journey of discovery with God through Mothers’ Union.

I have recently agreed to stand as Diocesan Head of Marketing and Communications between 2010-12, which will mean I remain on the Diocesan Trustee Board, and am currently praying (and letter writing) to confirm whether or not I need to have a dual license (to Mothers’ Union and to my parish) when I become a Licensed Lay Minster, hopefully later this year. 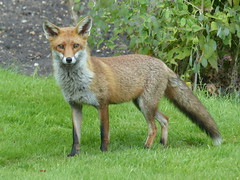 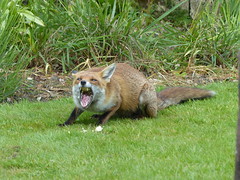